Traveling the world in search of the most amazing weed – and getting paid for it. I thought working from home and writing about all things cannabis was pretty cool. Any chance of a job guys?

Underneath all the glamour, fame and adventure, Strain Hunters by Green House Seed Co has a much higher purpose. Their ultimate goal is to bring cannabis out of the shadows by shining the light on the general public’s misconception of this grossly underestimated magical herb.

We are Arjan, Franco and Simon. We are the Strain Hunters. In our documentaries we are showing the value of the cannabis plant; how it can impact people in different historical, geographical, political and economic contexts, to make it socially acceptable. We want to share knowledge and awareness to fight the ignorance that surrounds cannabis and as an old man once told Arjan: “this plant has the power to overthrow governments and to change the world for the better!

Those are big words, but the Strain Hunters most definitely back them up. Let’s take a closer look at one episode that shows how the difference between prohibition and tolerance (or outright legalization) is like night & day.

The Caribbean Expedition – So Close, Yet So Very Far Apart

In 2011, Strain Hunters traveled to Trinidad and St Vincent, 2 different countries in the Caribbean with entirely different drug laws, to see how cannabis currently affects each country and speculate on the possible social and economic future of these islands.

Possession of cannabis can lead to 1 year in prison for a few leafs to one kilo of finished product. While being caught with just 1 seed carries the charge of cultivating, with fines and prison time being more that both possession and trafficking.

As they were filming the documentary, Trinidad was placed under a gun-related state of emergency. The subsequent police searches led to a lot of unrelated cannabis arrests but very few hard drug or gun arrests. The problems facing the country have little to do with weed, but local politicians and police have been accused by many of focusing on cannabis-related crime because they profit from the local cocaine trade that also fuels gun offenses.

This situation forces the growers on Trinidad to hide all growing activities on small plots of land that lack nutrients & proper irrigation. They must harvest as early as possible to avoid arrest, affecting not only the quality of the crop but doubling the price. The resulting lack of cannabis and plentiful supply of highly profitable cocaine will undoubtedly mean an increase of cocaine use and associated violent crimes.

Cannabis Laws: Almost legal – Not Quite

Even though cannabis is still illegal, the entire island of St Vincent relies on cannabis cultivation as one of its primary exports and its population has a totally different attitude than that of Trinidad.

Enforcement: The police in St Vincent aren’t looking to bust cannabis users but that doesn’t mean you won’t be warned, arrested or fined if caught.

The healthy local economy is largely due to well-managed local police and politicians combined with sensible drug laws that have allowed Trinidad’s fantastic weed farmers to create “the ganga island” – a definite draw for many tourists.

These beautiful islands, their people, music and perfect blue waters make for the most luxurious holiday destinations in the world, but it’s not only these obvious reasons. Their attitude to the cannabis plant is another major factor. Only technically being illegal, the relaxed laws of this island paradise allow tourists and locals to enjoy cannabis as part of the culture.

Until cannabis is legal, even small islands with relaxed drug laws like St Vincent are still ruled by prohibition. Farmers often find themselves under arrest, their crops destroyed and their families totally devastated leaving very few options other than crime as a way to survive. Arjan explains that “everywhere they clamp down on growers, you see more poverty.” On a tiny island with cannabis growing everywhere year round, even the most relaxed drug laws are ridiculous.

The energy surrounding the island of St Vincent is fantastic. Its light, welcoming vibe and tolerance to cannabis is a far cry from its neighboring country of Trinidad, where rolling even a tobacco cigarette can lead to an uncomfortable confrontation with the police.

Back To Their Real Reason for Being There

Not forgetting they still had a job to do, the Strain Hunters’ main reason for this expedition was to find the best landraces. Following the path of an earlier scouting mission, they made a planned visit to “Blacka”, a local cannabis grower. Only two weeks before his scheduled harvest, he had a coincidental visit from “the evil one.” The police had destroyed everything, only serving as a reminder that even in a friendly, tolerant island prohibition still exists.

If you agree with the Strain Hunters‘ philosophy or simply want to own a top-quality cannabis seed, then you don’t need to go on an expedition or risk your life and liberty – Just buy them!

Created from no less than four of the most amazing genotypes, Sensi Seeds Black Domina boasts a domineering Indica kick of 95% and a yield to retire on. Crossed with Northern Lights, Ortega, Hash Plant and Afghani SA, these superior genetics have been combined to create an absolute monster hybrid. 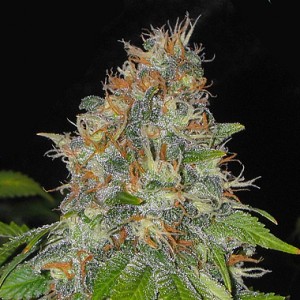 The Gorilla, like all Indica enthusiasts, loves the knockout punch of Black Domina, but it’s the fact that these monsters can finish in as little as 50 days that make these cannabis seeds a definite must-have for all impatient stoners. Quality Seeds that Produce all that weed in such a short time and from such a compact little monster, can take a beating from the freshest noobie and loves it – bulletproof!

Sensi Seeds have outdone themselves again with this monster producer, ideal for larger yields in smaller spaces.

Elite cannabis seeds and at £82.99 for a pack of 10 regular seeds, they may be pricey but wow – what a monster.

Get Your Own Little Monster Producers Today From Gorilla – I Dare You!

Sensi Seeds have created another killer Indica Strain with top notch genetics from the mountains of Afghanistan. American Dream is a powerful 70% Indica hybrid with a thick coating of sticky trichomes, fist sized buds and a super stinky aroma that can finish flowering in only 45-50 days. 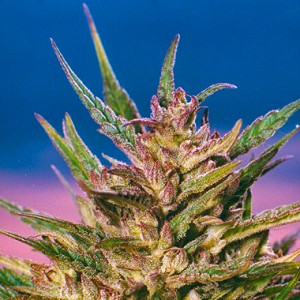 Skilfully blending Sensi Seeds elite Afghan Skunk with specially selected Jamaican and Hawaiian genetics, they have created this compact heavy yielder that is an absolute favourite of The Gorilla. American Dream is a complete knockout night time strain that will leave even the most experienced among you in a dreamlike state.

Sensi Seeds don’t just sell excellent quality cannabis seeds. They have vowed to do everything in their power to protect, promote and advance these cannabis seeds’ incredible qualities, preserving their genotypes for future generations. American Dream is one for the history books.

American Dream are available in 10 packs of regular seeds for an astonishing £58.99 from Gorilla – we can’t be beaten on price!

Sensi Seeds have always offered some of the most original genotypes and sought after cannabis seeds in the weed community and this Afghani #1 strain is one of them. A 95 % Indica dominant strain, heavily used in the production of Indian charas, its origins can be traced back to the mountains of Afghanistan.

Loved all over the world by the hash head, the heavy yielding, medium sized Afghani #1 is completely covered in dark sticky resin and its Indica dominant genetics give it a massive knockout punch –  no wonder the hash heads (and The Gorilla) loves it!

Typically finishing in only 45 days, Sensi Seeds Afghani #1’s 95% Indica genetics will quickly leave you couch-locked and only one (red) eye functioning – thank god for the 5% Sativa!

Available at Gorilla now in packs of 10 regular seeds for only £41.99 – The best deal on the Internet.

Joint Doctor’s famous Lowryder has finally been beaten. Lowryder #2 is the long awaited successor to the world’s best known automatic cannabis seed. After a 3 generation long inbreeding project, infusing the superior Santa Maria’s genetics for heavy resin production and keeping the popular characteristics of the original Lowryder, the new Lowryder #2 is finally here.

This Little Indica/Sativa hybrid has had a complete upgrade that includes a more powerful THC content, tighter & larger buds for bigger yields – and it’s even more stable than the original.

These amazing little weed seeds start to flower automatically in 3 weeks and finish in only 6 weeks from seed, making them a lightning fast, heavy producing, serious contender for the absolute best automatic seed from Joint Doctor, the most popular breeder of autos on the planet.

This is a long overdue upgrade from the masters of the auto and well worth the wait. Improved yield, strength, taste and available in both 100% feminised and regular varieties – Lowryder #2 is an absolute must for the autoflowering enthusiast.

Get The Newest Instalment From The Masters Of Autos Now – Don’t Wait Any Longer!

Variety is the spice of life. So… Joint Doctor have Created the perfect Lowryder Mix Pack. We know it’s difficult when it comes to choosing the perfect autoflowering seeds and mixing breeders just mixes you up. Now you don’t have to choose as the Lowryder Mix Pack has it all – available in both regular and feminised seeds.

Handpicking the best of Joint Doctors strains was easy. The Original Lowryder and Lowryder #2 was an obvious choice, but they have mixed things up a little by adding genetics from special breeding projects like Mazar and Santa Maria.

At only 8 weeks finish from seed, these 100% autoflowering seeds will show a subtle difference in flavour, shape, scent and nugget formation, while all remaining low in height, making them ideal for that secret space. Joint Doctor’s Lowryder Mix pack is the perfect way to try different strains – mix it up a little.

These brand new purps are so good they named them twice. Joint Doctor has created the perfect, purple beauty with Purple Ryder, A.K.A Purple JEMS. Mossy, the famous underground breeder, was on board with this fully automatic hybrid, taking the amazing Lowryder and crossing with an F7 Mazar.

Purple Ryder isn’t just purple eye candy with stacks of bag appeal. Sure, The Gorilla drools over her royal purple nuggets and incredibly sticky resin for hours on end, but is more interested in the sweet floral taste and super relaxing buzz this little beauty gives him.

Joint Doctor’s Lowryder parent has ensured this Purple Ryder will fly under the radar in any hidden space, giving off a low odour, short profile and finishing in only 7 short weeks, making it perfect for a quick stealthy harvest.

Mossy’s Perfect Purples, The Perfect Treat For The Purple Lover – Get them Now From Gorilla