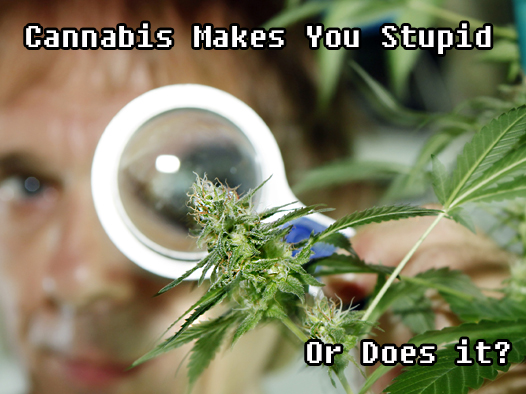 Whether you’re talking Cheech & Chong, Bill & Ted, Harold & Kumar or Jeff Spicoli, popular culture doesn’t always paint the typical stoner in the most flattering light. Sure, they’re usually cool as hell to party with, but they’re not always the brightest bulbs in the pack, if you catch my drift.

Now, medical research conducted by some really smart scientists has revealed that at least one chemical in cannabis may actually be good for the brain. In fact, CBD or cannabidiol may not only protect brain cells but reverse some forms of brain damage. Sit back, light one & let’s take a closer look at why our favourite sticky herb might be better than the latest hyped-up superfood!

CBD May Reverse Brain Damage Related to Alcohol Use

The University of Kentucky wanted to know if CBD could help those who have suffered some degree of brain damage due to chronic alcoholism. They used both transdermal (through the skin) CBD gel and CBD injections to show that this chemical can reduce neurodegeneration in the entorhinal cortex by nearly 50%. It’s not an instant hangover cure, but this could prove life-changing for long-term binge drinkers.

“Dude, Where’s My Car?” was a hilarious stoner flic, but not being able to remember your name is no joke. In Australia, researchers treated mice that had been bred to have a condition that mimics Alzheimer’s with CBD to see what kind of effect it would have on their memory. They found that the mice that were given CBD were able to remember other mice and familiar objects on par with regular, healthy mice.

In a separate study, also performed in Australia, CBD was show to reduce the amount of a harmful protein that is often associated with developing Alzheimer’s in individual brain cells. And, there are countless anecdotal accounts of elderly people reporting that they felt a healthy dose of medical marijuana improved a wide variety of symptoms including memory improvements. Toke up old people or at least try a little CBD oil!

CBD Can Help Everything From Social Anxiety to Psychosis

The majority of mental illnesses can be attributed to individual brain chemistry, and CBD may work better than any prescription drug to restore order to chaos. Most people with social anxiety would rather die than give a public speech, but one study showed that participants treated with CBD before they had to speak to a group were significantly less anxious than those who were given a placebo. In addition, CBD was found to act faster, have less side effects and be much less addictive than many standard medications given to those who suffer from social anxiety.

THC is known to trigger anything from anxiety to full-blown psychosis in some people who are otherwise fine, but CBD seems to have the opposite effect. In Germany, a research trial found that CBD could treat psychotic symptoms in schizophrenics as effectively as many traditional antipsychotics with a lower rate of side effects. Plus, who’s going to go off their meds when that med is pot?
Even though the scientists aren’t recommending cannabis in place of the proverbial apple to keep the doctor away – yet, they are proving that there are very real benefits to medical marijuana. Makes you feel much better about lighting up, doesn’t it? 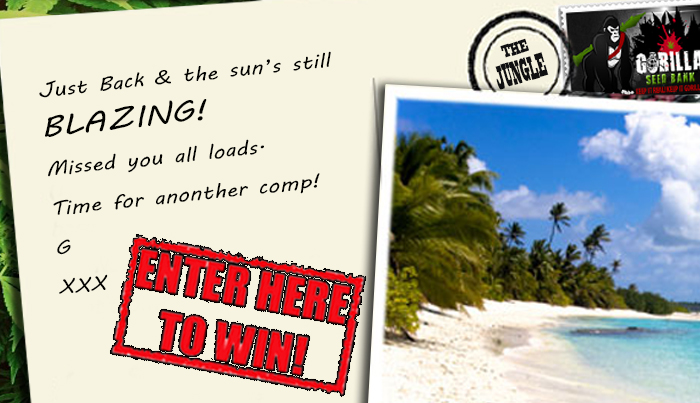 “In the summertime, when the weather is fine……”

Wow! The Gorilla is just back from his summer holidays and the weather is fantastic. To celebrate this rare event and keep the summertime joy rolling, The Gorilla has decided to offer all his Facebook fans yet another fantastic competition.

If you haven’t seen The Gorilla’s Facebook comps, you must live under a rock!

For a chance to win a 5 pack of Feminised Seeds, from the strains below, all you have to do is:

That’s It – Couldn’t Be Any Easier!

For The Gorilla’s famous 2nd chance prizes, just leave a comment below and you will be entered into a drawing for:

Keep all comments legal or they will be removed and you’re out of the comp! Gorilla Seeds only sells weed seeds for collection and storage purposes, and until the law changes – germinating a cannabis seed is illegal. 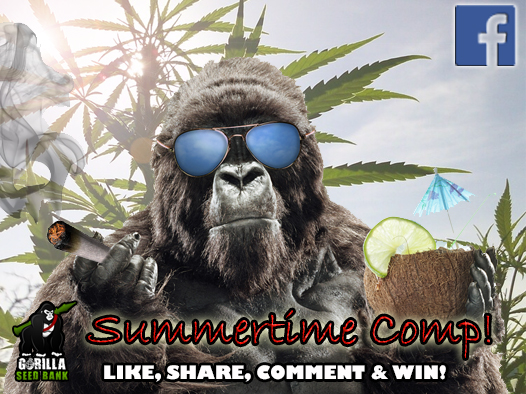 All winners will be chosen at random, taking into account geographic locations. All winners must let GSB publish their names. Competition seeds will be sent recorded delivery and cannot be resent. If you don’t get your seeds – you must take this up with your local post/customs.

What You Waiting For?