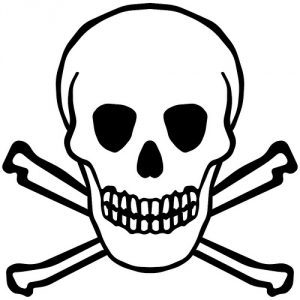 The UK is finding out what the US has known for years. BHO (Butane Honey Oil) is the bomb – both in sheer strength & in danger to make.

Comparatively speaking, BHO (AKA wax, dabs, shatter, …) is way more potent than dried herb, and that’s driving demand through the roof, even though it’s illegal to make or use practically everywhere – including US States that have legalized cannabis for recreational use. To put “way more potent” into numbers, dabs made from weed with 15% THC can concentrate to around 70% THC during the extract process. Who wouldn’t want to give that a try at least once?

Butane-Related Explosions are on the Rise

Apparently, there are a lot of people looking for that faster, more intense experience. So many that would-be dabbers and would-be dab dealers are overlooking the dangers of making BHO, not taking the necessary precautions, blowing up their houses, and injuring/killing people and pets in the process.

The demand for dabs in the UK is skyrocketing, increasing 10X each year, and the accident figures back that up. From 2010 through 2013, there were only 4 injuries blamed on making shatter. In 2014, 2 people died and 27 were injured. 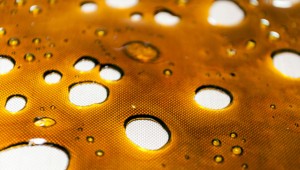 On 21 March 2016, a catastrophic BHO explosion caused UK police & firefighters to issue a formal warning to people either making or considering making BHO: the danger just isn’t worth it.

Scott Peden set up what officials are calling a drug lab in his Tollcross flat in Glasgow. To be honest, that’s a gross overstatement because you only need a few simple items to make dabs, part of the reason explosions are on the rise. At some point, the BHO ignited and turned his flat into a war zone.

Both the doors and the windows were blown off as the butane exploded, 8 people were injured, a cat and a dog were killed, and it took 50 firemen more than 2 hours to extinguish the fire. In the end, over a £1 million of damage was done and Peden will be spending more than six years in prison. Worth it? That’s a good question to ask Peden, but we’re guessing, probably not.

Why Is Making BHO so Dangerous? 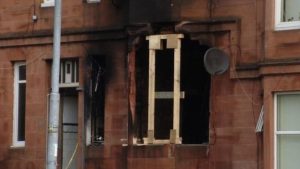 Butane is easy to get and it’s legal to own. If you go into a store & they sell regular lighter fluid for Zippos, they probably sell butane canisters, too. However, no one should think this heavy, highly explosive gas is safe just because it’s not hard to obtain.

When you make BHO, large amounts of this solvent pass through the cannabis under pressure, forcing the dried flowers to release their oils. These oils include almost 100% of the cannabinoids present in the herb, including the THC. And, unlike other extract methods, almost none of the solvent is left behind, so there’s little need to purge to get a pure, high-quality product.

Sounds good in theory, but there’s one little problem. Where did all that butane go?

Butane is much heavier than air, so it drops down and pools in low areas near the floor, and it can even stick to your clothes – and you’d never know it. It’s slow to move because it is so heavy, so it sticks around for a long time.

It doesn’t take a genius to know you should never smoke where you’re making BHO, but the slightest spark can ignite this gas – something as simple as flicking on a light switch, or your refrigerator turning on, can cause an entire building to go up in flames. If you can’t resist making BHO, do it outside, away from buildings, and with lots of air movement.

Do not, we repeat, do not do anything that could cause any kind of spark – something as slight as striking the right kind of rock with metal could be enough to make things go BOOM!

Instead of taking your life in your hands, not to mention the lives of others, why not go the safe route & stick with a high-THC strain like Pyramid’s Tutankhamon? Experience & conditions matter, of course, but this incredible AK-47 pheno has the potential to exceed 30% THC as proven by independent testing at Spannabis. Why would you need more?